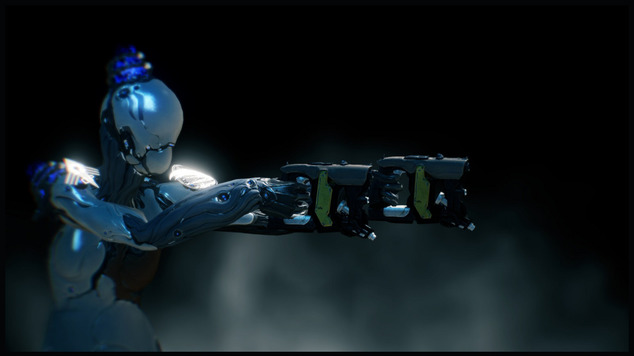 Ten Reasons You Should Be Playing Warframe
Warframe may not be the newest cooperative shooter on the block, but it remains one of the best. We offer up te

Much like the lotus symbol that adorns the official logo for Warframe, the game has blossomed into a thing of pure beauty since its original launch. What began as an intriguing cooperative romp through shooter space has become a wildly successful and constantly growing staple of free-to-play gaming on Steam, PlayStation 4, and Xbox One.

In many ways, Warframe is a classic example of how we all hope online games will evolve post-launch. If you tried the game during beta or the original launch phase on PC, you’ll definitely want to do yourself a favor and give it a second look. If you still haven’t picked it up, you really should if you tend to enjoy cooperative play that goes far beyond the baseline shooter genre trappings.

In either case, we’ve put together ten reasons why you should be playing Warframe. If you’re already a current player (awesome choice, Tenno) or simply looking to learn more about the past, present, and future of Warframe, be on the lookout for our exclusive interview with Community Manager Rebecca Ford later this week.

Ten Reasons You Should Be Playing Warframe

While Warframe does have a smattering of worthwhile questlines for players to embark on, one thing you won’t find are NPCs with silly looking exclamation marks mysteriously floating above their head. In this regard, one of the game’s biggest strengths is the freedom of choice. Instead of yawning your way down a narrow path of breadcrumbs, Warframe plays out more like a complex web choose your own adventure bliss.

Having played dozens upon dozens of MMOs over the past 16 years, I find it quite fitting that the most gratifying melee combat I’ve experienced in online gaming resides within what most people assume is a more straightforward cooperative shooter. While MMO development studios continue scrambling to find ways to make melee combat more engaging, vital, and kinetic, Warframe has already managed to crack the formula. The secret? Make melee combat as fast-paced and engaging as gunplay, and don’t be so restrictive with choices in weaponry. Simple yet effective combos per weapon type based on slotted stances are also light years ahead of what most online games have to offer.

While most modern shooters are still playing a game of king of the hill for best multiplayer, Warframe differentiates itself from its contemporaries by keeping the focus primarily on cooperative PvE. It does boast a slice of PvP for those who crave it, but by and large Warframe excels at providing a rich landscape of PvE missions. Unlike most online games that start out as accessible solo experiences only to end with a bait and switch to more difficult group instances, Warframe establishes mission-based play as its core experience from the very beginning.

All the Benefits of Endgame, Without the Level Grind 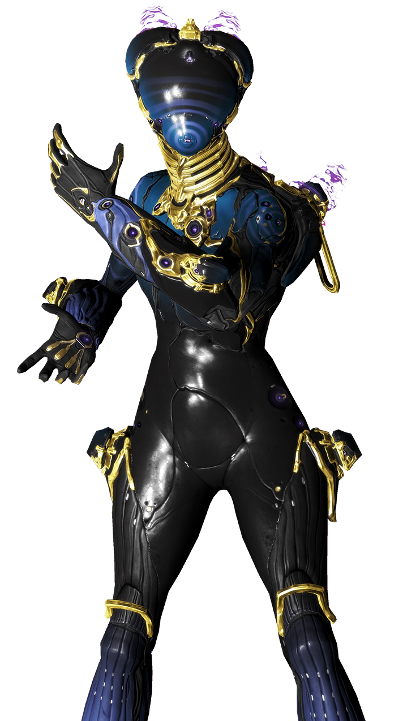 As hinted at above, Warframe takes what’s great about elder or endgame MMOs and makes it the core gameplay experience right from the start. What it lacks in massive open-world zones it more than makes up for with excellent level design and a sharp focus on what makes traditional dungeon running so compelling in the first place. Other studios are finally beginning to see the wisdom in this direction, and upcoming titles such as Skyforge and Gigantic will no doubt be all the better for it.

A major part of what makes the mission-based gameplay in Warframe stick is its mix of available game modes, each with multiple variants and conditional factors. For players who prefer specific objectives and win conditions, there are modes like Sabotage, Deception, and Assassination. If stealth and puzzles are your thing, Spy missions fit the bill. For many players, the main attraction are the infinite missions that scale with difficulty as you progress, as is the case with Defense and Survival. Interestingly enough, if you consider Bartle’s Taxonomy of classifications for online gamers, each is strongly represented in Warframe.

While the collectible Heroes introduced in Guild Wars: Nightfall set a fairly high watermark for AI companions in online gaming, Warframe continues to differentiate itself from the shooter genre in this area. Players can opt to have permanent sentinels or kubrows accompany them on missions, with a variety of types available that can provide different benefits to suit your current needs. There are also craftable summons that can be used as a consumable, and can make a sizable difference during solo runs. Specters even allow you to save a snapshot of your active warframe and loadout, pushing even further into the realm of what is possible in AI companion systems.

Built with Social Play in Mind

While you always have the option to play Warframe solo, the bulk of its content truly begins to shine when played cooperatively with a small team. Warframe’s clan system has also grown to include customizable clan halls, and the ability to deploy Solar Rails that serve as the game’s territory control system (note that there is currently an in-game armistice so territorial conflicts will return in the future).

Even if you’re the type of gamer, like myself, who doesn’t adhere to the propaganda of always aiming for a perceived best-in-slot gear setup, Warframe offers an unparalleled amount of depth when it comes to customizing your warframe and weapon loadouts. All warframes and weapons are fully moddable, and allow for a high degree of flexibility. There are definitely things you need to be conscious of – damage types and enemy weaknesses, for example – but for the most part you can find a warframe and weapons that fit your playstyle and make them work for you, rather than having to fulfill the role of a mindless drone using a stock build like the vast majority of MMOs typically offer.

Seriously, this guy does an even better job of Arthas from World of Warcraft in his portrayal of Team Rocket’s uncanny ability to get their ass kicked, only to blast off again to fight another day. Tenno who have faced Vay Hek know what I’m talking about. 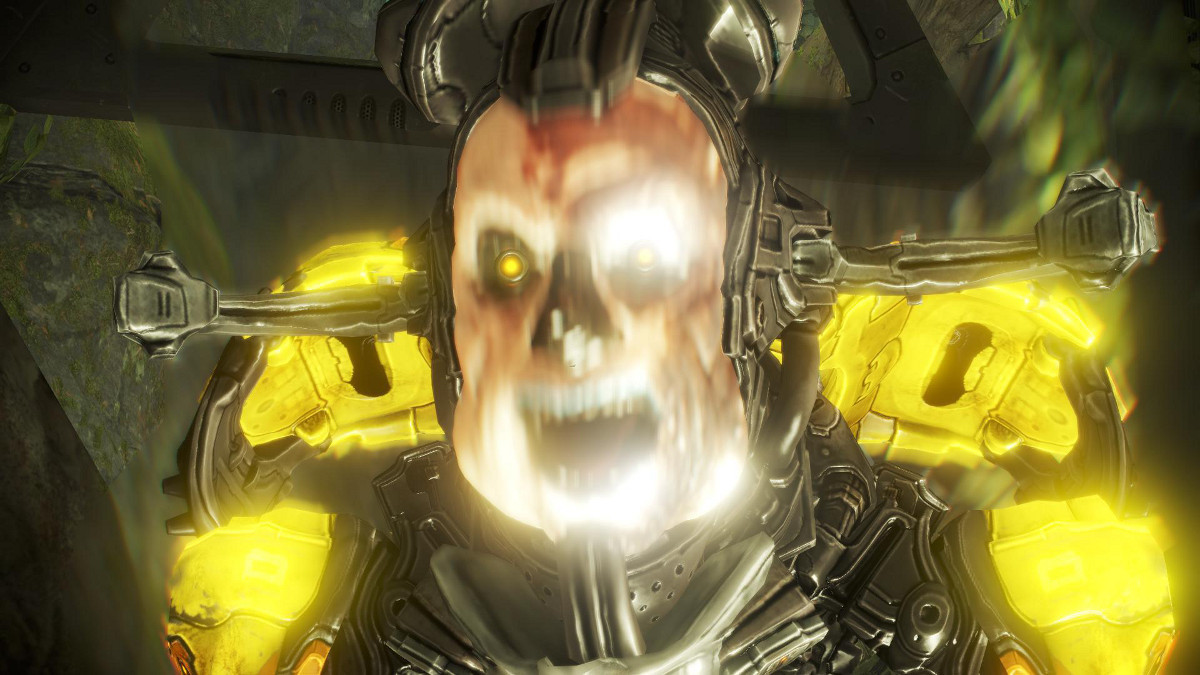 Most MMOs and online games suffer from skill bloat. Classes are typically defined by the skills and abilities at their disposal, but as you progress you keep gaining new ones that ultimately have little to no impact on the core gameplay experience. Over the span of your leveling experience, you end up accumulating dozens of new skills, only to primarily use a basic rotation of 4 or 5 in elder game content.

Warframe cuts to the chase by providing a baseline of four skills per warframe. While this may seem fairly limited in scope, these skills can make a radical impact on how you approach the game. No two warframes are alike in this regard, and each one brings something unique to combat situations. And since the game is twice removed from the notion of the “holy trinity” you can ultimately specialize in a far greater variety of roles than the tired tank / healer / DPS setup.

There are plenty of other reasons why Warframe should be in your “currently playing” lineup, but this should offer a good starting point. As noted above, later this week we’ll be publishing our exclusive interview with Warframe Community Manager Rebecca Ford, so be on the lookout for that and more on Warframe right here on Ten Ton Hammer.