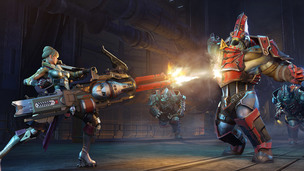 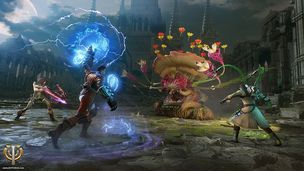 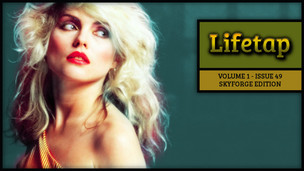 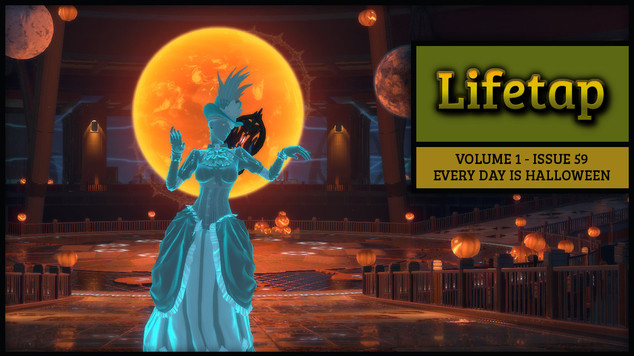 Getting into the Skyforge Halloween Groove
Halloween has come to Aelion in grand fashion, and all throughout Skyforge, immortals can be seen decked out in

Given how the game is structured, I wasn’t quite sure how an in-game holiday celebration for Halloween in Skyforge would play out. Officially titled the Evil Pumpkin Festival, the event has certainly exceeded my expectations so far, and adds just enough “something wicked this way comes” magic without going overboard into cheese factory territory.

Two of the main social hubs – the Divine Observatory and Park – have been transformed for the duration of the event, with plenty of pumpkins strategically placed to help give the maps a warm, eerie glow. This type of transformation, even when temporary, is always a welcome sight in an MMO as far as I’m concerned.

In terms of activities associated with the Evil Pumpkin Festival, the idea here is to keep things somewhat simple and fun, but with enough overarching challenge to keep players engaged. A series of tasks will be offered up to players via the main mission tracker, with a new one offered as each is successfully completed. The activities involved have so far run the gambit from a proper social mini-game found in the Park, to simple kill count missions where you need to defeat a certain amount of enemies while playing as a Witch or Necromancer. There are also hunts for pumpkins scattered across Region maps, or caches found within adventures.

While I’ve only completed a dozen of these activities so far, they have provided an enjoyable break from the norm, and are simple enough to never really feel like a grind. The main reward for completion is Candies which are a new currency added for the event that can be used to purchase some epic new costumes and headwear from the market. 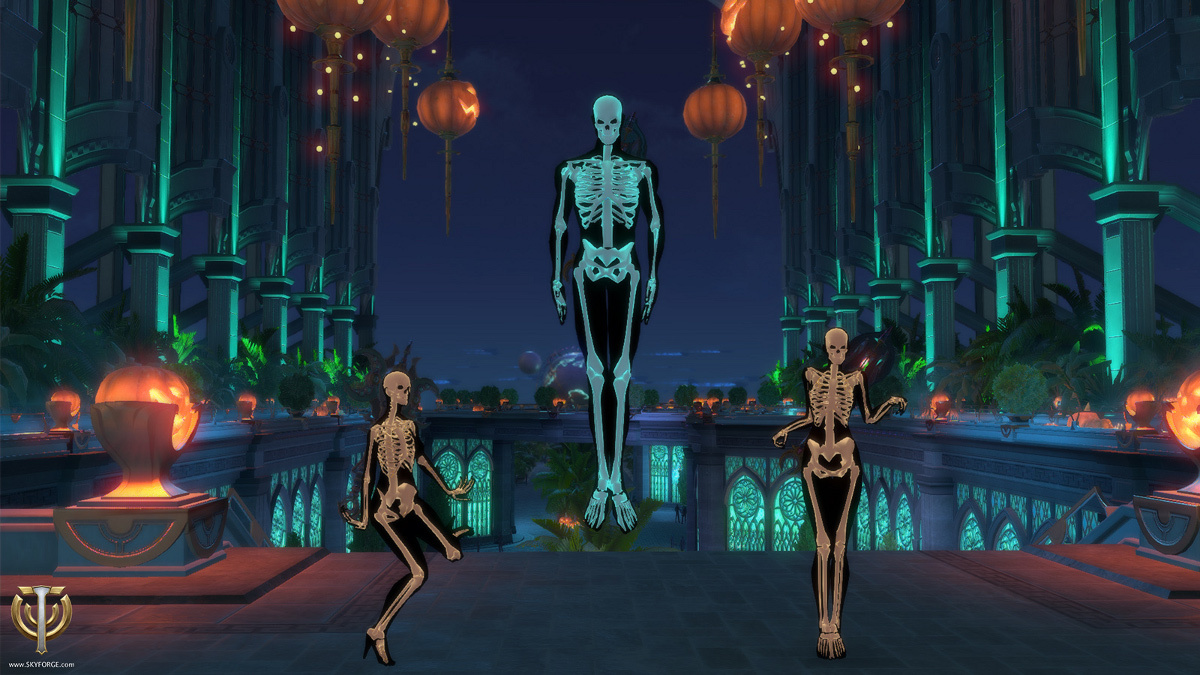 The ghost, mummy, and skeleton costumes truly steal the show in the Evil Pumpkin Festival, and each is well worth the time investment to unlock. Each of the full costumes comes with unique movement animations with the hilarious gait of the mummy perhaps being my favorite so far. The ghost and skeleton costumes are also nothing short of spectacular, and also come in multiple color variants depending on the originating source from where they are obtained.

Speaking of obtaining costumes, two of the color variants are available within the newly introduced Witchcraft Packs. These will only be available through November 4th and come in two main types, with a third pack bundling the first two together for a reduced price. Last month I had noted in Lifetap that I would gladly purchase a class unlock for the Witch were one to ever become available, and that’s exactly what the Dark Mistress Pack provides. It also includes the skeleton costume, a kick-ass legendary weapon, and loads you up with some consumables and currency to boot.

The Grey Ghost Pack is a bit cheaper, but also doesn’t include the class unlock. As the name suggests, this is where you’ll find the grey ghost costume variant, along with Premium time, replicators, ether cores, and of course 15 Pumpkins.

Along with the themed missions for the event, Pumpkins will be one of your most viable sources for earning the candies needed for the marketplace unlocks. Special costume color variants can also be found (so far I’ve gotten 4 green ghost costumes) but most commonly I’ve gotten anywhere from 25 to 500 candies per Pumpkin opened. Along with those found in the Grey Ghost Pack, you can also purchase Pumpkins in the market for credits or argents, and the price point for each being very sensible.

These are worth keeping in mind if you’re aiming to unlock one of the pricier items like the mummy costume but are running a bit short on candies. There is also the rare chance of obtaining one of the other costume variants in the process, so well worth the purchase if you have an abundance of credits or argents.

Not counting the closed beta events, my time playing the witch class has been somewhat limited so far, but I’ll be spending some quality time with it moving forward. The magic behind the class, and part of why it’s tucked a bit further into the Ascension Atlas, is that it really starts to shine in group situations. 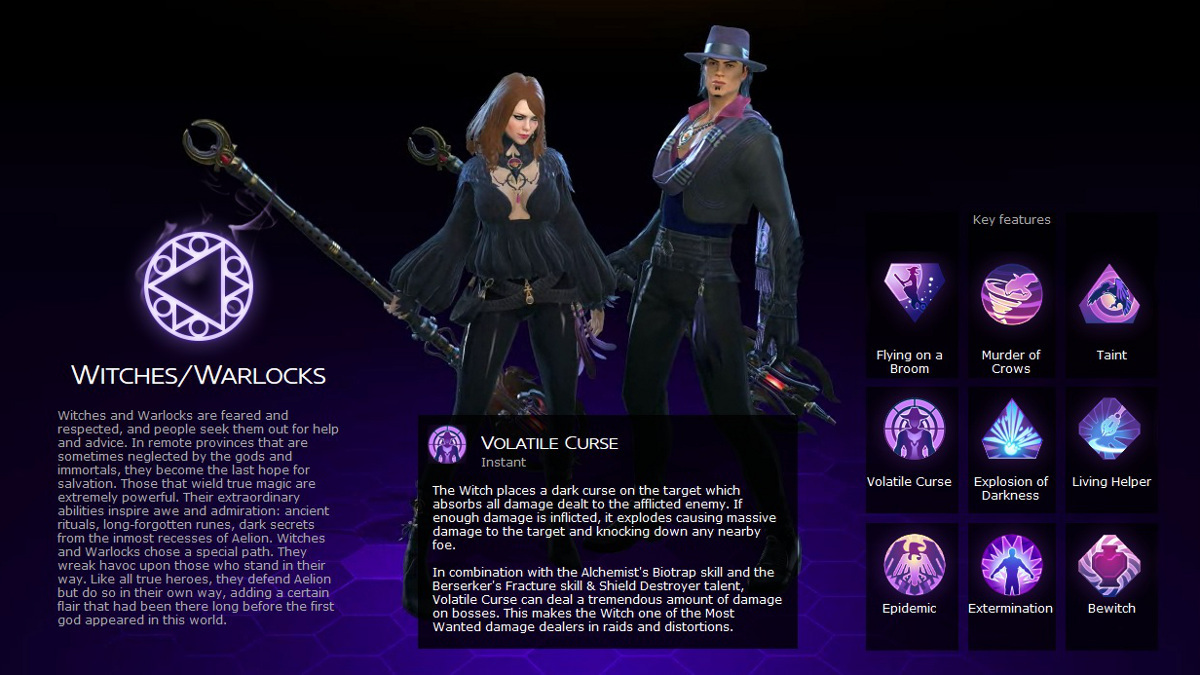 While still a very viable class when solo, you do have to keep in mind that the witch / warlock tends to be one of the squishier classes. Staying mobile and mastering the cadence of switching stances early on is a good starting point, but I would also encourage anyone new to the class to run some group adventures to get a better feel for how well the witch augments most group compositions.

The inclusion of a proper Halloween event in Skyforge has been a great experience so far, and I’m glad to see the game carry on a longstanding MMO tradition while still retaining the spirit of the core game in the process. The Witchcraft Packs are offered at a decent price point, and while you’ll get the most mileage out of the Dark Mistress pack, keep in mind that it will be most beneficial for those players who haven’t yet unlocked the Witch / Warlock class.

On that note, don’t forget to check out the full rundown of includes for the Witchcraft Packs on the official Skyforge website. There is also a solid introduction to the Witch class worth checking out for those of you who are new to the class. In the meantime, I’ll be scampering around in my spiffy new mummy costume, spreading Halloween cheer in my wake.