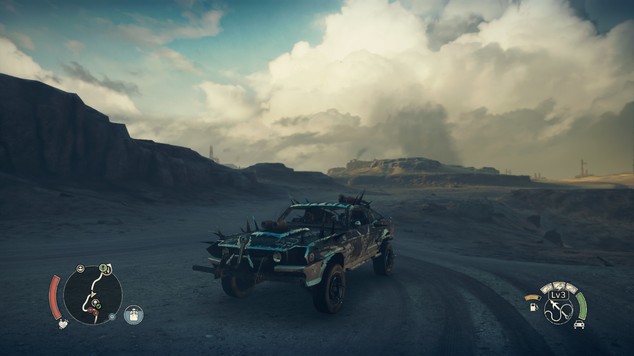 Best Car Upgrades - Mad Max
The best upgrades you should focus on for your Magnum Opus.

Picking the best upgrades for Max’s Magnum Opus (his car) early on is essential if you want to complete the tougher camps and convoys. Upgrading your car also costs a lot of scrap which as you can tell if you’ve been playing the game, requires a bit of work to accumulate any significant amount.

No matter what body style of car you choose you will have all the same upgrade options available to you. Some of these upgrades are locked to the story, but most of them can be unlocked by lowering the influence of Scrotus in a certain region. If you’re confused as to why a class of armor or weapon is locked, hover over it and the requirements to unlock it will be displayed on the screen.

Few things are as useful on the Opus as the harpoon. It can insta-kill enemies on foot, or nab them right out of the driver’s seat. It can pull down structures and open gates. It can disable vehicles and reduce their armor. It does all this and never runs out of ammo.

Wise Wastelanders will put points into the Harpoon as soon as they can. The first few upgrades will only reduce its cool down speed, but once you get to the third tier you can start hauling down strong towers and eventually tear the wheels right off of cars.

You should try to get at least one more point into your speed boost stat as early as you can. When you start of you’ll have access to two charges of boost that only last a very short period of time. Adding just one point will give you a third boost and will increase the duration of all your boosts.

Boosts are great for gaining ground on convoys and ramming enemy vehicles/ buildings for mega damage. 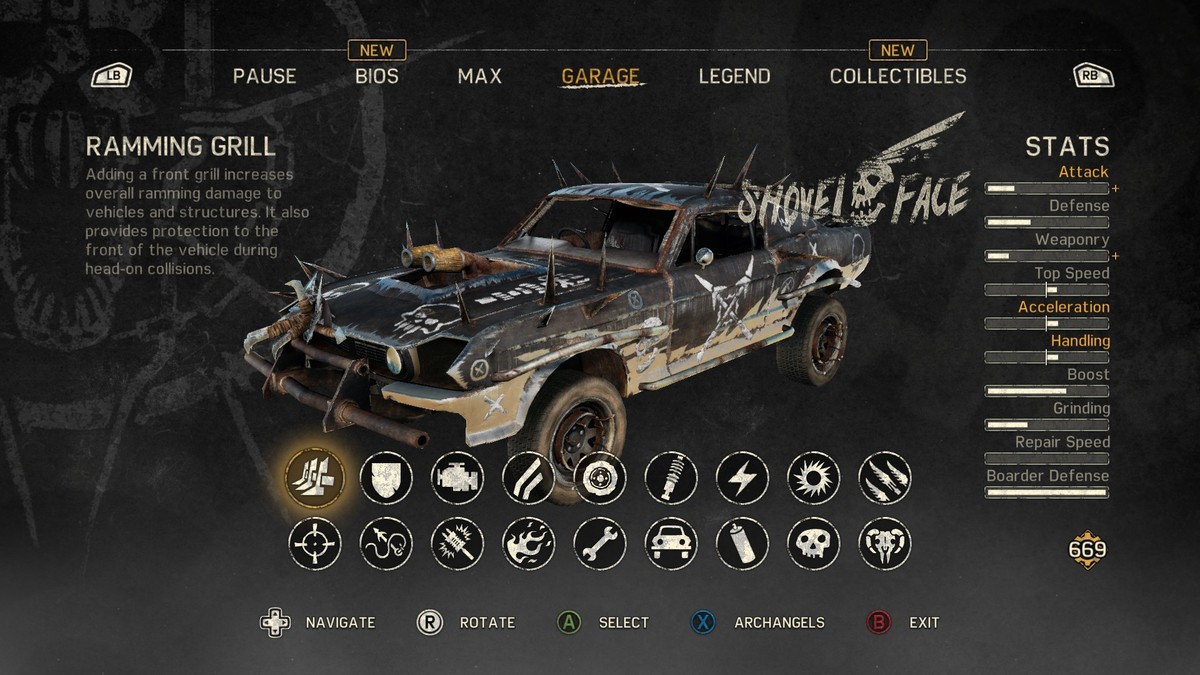 Early on you’ll be dealing with War Boys trying to board the Opus. The most effective way of dealing with them is by installing Boarder Barbs. There are several different models of barb, but early on in the game you’ll unlock the full body barbs, which is pretty much the best boarder protection you can get. It’s worth investing some scrap into them when they do unlock so you don’t have to waste shotgun shells peeling off the boarders.

You may have noticed that the Magnum Opus handles a bit like a brick when you first take her out on the road. You can improve the handling of your ride by installing better Suspension. Be warned though, adding heavier armor and other additions like boarder barbs will decrease the handling somewhat.

Two fairly cheap upgrades that will make a big difference in your vehicular combat capabilities are the ram and riperoni rims. Even if you put just a single point into both of these categories you’ll be miles ahead of if you’ve put none.

The Rims especially are useful as most of the enemies in Mad Max will try to come at you from the sides. You can pair the damage from the rims will a swift side slam to make quick work of them.

The ram is helpful for smashing stationary targets as well as moving vehicles. Things like gates and scarecrows go down quickly with a boosted attack from a ram equipped Opus.