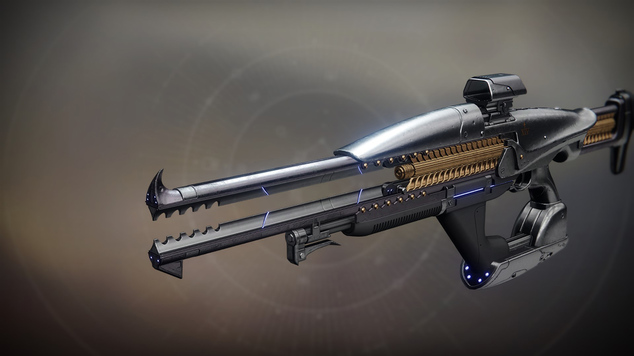 Destiny 2: Line in the Sand God Roll and Review

Line in the Sand is a fusion rifle that was introduced to Destiny 2 as part of the Season of Dawning.  It resides in your heavy slot and although it doesn't appear to be a top weapon at first glance with its God Roll it could become part of your arsenal.

Line in the Sand comes from the Mars Obelisk.   To reach this obelisk just transmat in near Ana Bray and head directly left. You can't miss it.

The stats for Line in the Sand aren't especially good, nor are they especially poor.

The God Roll for this weapon is straight-forward in my opinion.  There really are no other good choices although MTashed in the video does just that by choosing a different final perk.  His playstyle obviously warrants his choice.

Rapid Hit is the perk that we both agree upon.

This perk is the best choice, bar none.  It fits perfectly into normal gameplay for the average and above players.   The faster you reload the more bullets you can pump into the bad guys.   Simple.

Rampage is the second perk that you are looking for.  MTashed doesn't agree in his video linked below, but his choice is reliant on proximity to allies.   Rampage works, all the time, every time.

So, the short version is that the God Roll for Line in the Sand is Rapid Hit + Rampage.

Should you be spending hours grinding this out because it is a fabulous gun?  No.  There are better choices out there, but at some point, you are going to need to know which Line in the Sand to keep and which to shard.  Keep the one that has Rapid Hit + Rampage on it.

Line in the Sand won't be a weapon that I use regularly, but it isn't terrible either.  It's just not a Tier 1 weapon and unless you reallyl, really want it for whatever reason I wouldn't suggest grinding it out for the God Roll.

MTashed has a slightly different take on this gun.   Check it out.

The always entertaining and informative Datto also has a Line in the Sand Review / Damage Test video posted.   Good stuff that is well worth watching.