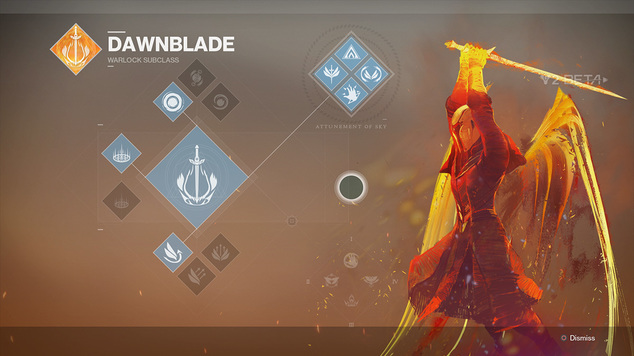 Destiny 2: Warlock Guide
From key bindings to traveling around the map in the fastest way possible. This guide will make you the best D

From key bindings to traveling around the map in the fastest way possible.  This guide will make you the best Destiny 2 Warlock that you can be.  We will cover fast map movement, quick weapon swapping, keybindings and more.

It may seem intuitive that tapping your space bar twice will activate your Warlock's double-jump, but there is a better way to jump and an even better way to move around the map.

This change isn't for everyone, especially if you are like me and use the scroll wheel on your mouse to change weapons, but if you don't, this is a great change.

Put jump on your scroll wheel.   You can scroll to quickly double-jump, which means you can skate up an incline, something that is almost impossible to do with the space bar even on a good mechanical keyboard.

If you are running top-tree Dawnblade you can move around the map incredibly fast.  Here is how that trick works:

Top-tree Dawnblade gives you a dash when your melee ability is ready to use.  To move as quickly around the map as possible, you simply run forward, jump, hit double-jump, dash, double-jump, dash and then double-jump again.   It takes you on flat terrain at least 3X farther than normal movement.

Simply swapping weapons can seem like it takes an eternity.   To speed up this process you can cancel the animation of your weapon change by jumping, changing weapon and hitting double-jump.

The downside to this is that a jumping target is far easier to hit than one that is erratically strafing, but consider that some builds will include weapons that reload on swap and that sometimes you really, really need to get a shot off and it comes down to how quick a player you are.

There probably isn't an aspect of the game more personal than keybindings.   I run the defaults, but many players bring over bindings from other games that they play or make small changes (like the scroll wheel change) that suit their style or are built around muscle memory that they have created from other games.

Gigz has a fantastic video showing off most of these tips and more, including one about the Warlock melee ability that I hadn't thought of.

What Warlock Spec Should I Play?

Amazingly, all three specs are viable.

Middle-tree Dawnblade (Fire) is generally considered the go-to spec in a raid since it provides the healing and DPS boost that can change an encounter from hard to trivial.

In Solo-Queue PvP either of the other Dawnblade specs does well, as does any Voidwalker choice.

Stormcaller may be the least flexible of the choices currently.  It does provide the highest possible burst DPS option.

For clearing rooms in PvE it is hard to beat Voidwalker, but there really aren't any bad choices.  Warlock is in a pretty stable place right now.

Are you looking for the best PvP or PvE weapons?