Guide
The Chronicles of Spellborn 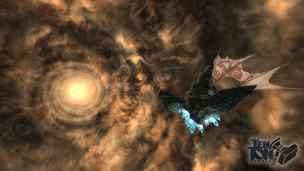 
href="http://www.tentonhammer.com/taxonomy/term/116"
target="_blank"> style="font-style: italic;">The Chronicles of
Spellborn
puts an interesting new twist on more standard MMO href="http://www.tentonhammer.com/node/65916" target="_blank">combat
mechanics thanks in large part
to the game’s rotating skill deck, but the title’s
unique elements don’t end there. While not entirely new
concepts, many core MMO gameplay elements have been reexamined,
redesigned and ultimately transformed into something the developers at
Spellborn can claim as uniquely their own.

At first glance, the character status window appears similar to other
MMOs, but upon closer inspection it quickly becomes apparent that
there’s more here than meets the eye. To help new and old MMO
gamers alike understand what all those extra bars and numbers represent
and how these elements tie together to provide a more compelling combat
experience in Spellborn, we’ve put together a short guide on
Personal Experience Points and the three main States;
Physique, Morale and Concentration.

To
the left of the character portrait, there are two numbers which
represent separate aspects of character advancement.

1.    This number in the larger of the two
orbs represents your style="font-weight: bold;">Fame Level
– this is essentially the main way character advancement is
tracked, similar to common MMO experience bars. Fame can be gained by
either defeating enemies in combat or is typically quite generously
handed out by NPCs as quest rewards.

2.    This number in the lower, smaller orb
represents Personal
Experience Points (PeP).
Unlike Fame Levels, Personal Experience Ranks can only be obtained
through combat and are capped at 5 levels, each of which grant bonuses
that make you more effective in combat and can even increase your
character’s out-of-combat movement speed.

Here’s a quick breakdown of the various bonuses obtained per
rank of PeP:

All attributes increase by 1

All attributes increase by 4

All attributes increase by 11


While the death penalty in Spellborn isn’t terribly harsh, it
should be noted that unlike Fame Levels, players will lose one rank of
PeP each time they die. Since you can never go any lower than Rank 0
this isn’t so bad all things considered, but the bonuses to
Attributes and State Ranks can certainly be felt during combat,
especially at lower Fame Levels.

States and State Ranks are a means of defining your
character’s Physique, Morale and Concentration, which will be
tracked by the three smaller colored bars on the character status
window, found just below the large red health bar.

3.    Physique - Tracked by the orange bar
to the right of your character portrait. This affects overall movement
speed, both in or out of combat.

4.    Morale - Tracked by the purple bar to
the right of your character portrait. This affects your
character’s damage output while in combat.

5.    Concentration – Tracked by
the green bar to the right of your character portrait. This affects
both the rotation speed of the skill deck as well as your
character’s overall attack speed.

States can be increased or decreased by incurring positive or negative
effects in a number of different ways. Many player skills will have a
direct impact on a specific State Rank; for example hitting your target
with a melee attack skill might increase your Physique State, but if
miss with the attack, you’ll lose one rank to Physique
instead.

Skills used by your enemies in combat will sometimes directly attack
your State Ranks, causing no physical damage but greatly decreasing
your overall effectiveness in combat. An example here might be getting
hit with a debuff that drops your Morale Rank which ultimately causes
you to do less overall damage, or a skill that saps your Physique and
causes you to move slower, making you a much easier target.

These ranks can also be individually shifted by other means such as
consumable food and drinks, or all three can be raised at once thanks
to an increase in PeP Rank as outlined above.  For example,
gaining the first PeP Rank will raise all three States by one Base
Level – this directly impacts your character’s
overall effectiveness in the following ways:

The
State rank of your character can either be raised or lowered while in
combat, slowly falling (or raising) back to a neutral state (plus any
PeP bonus ranks) once combat ends. During combat though, while State
ranks may not be the only determining factor in the outcome of a given
battle thanks to a much more user-skill based approach to combat, the
tug-of-war between State ranks can certainly add another layer of depth
to combat.

To read the latest guides, news, and features you can visit our The Chronicles of Spellborn Game Page.

Guide
The Chronicles of Spellborn