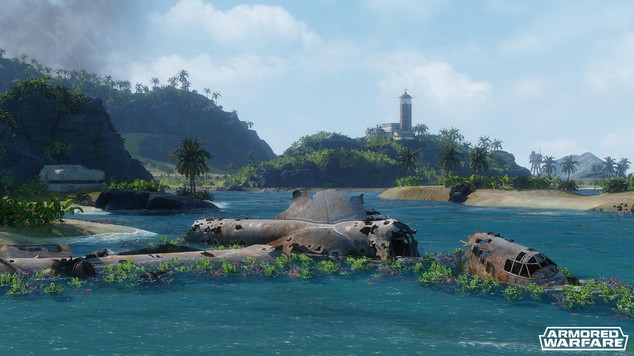 The fifth Early Access test phase for Armored Warfare began last week, and is currently running through Sunday, September 20. For this phase, quite a bit of new content has been added, including a very distinctive new map known as The Lost Island. With one foot in the past and the other firmly planted in the future, this island map presents players with some interesting tactical options based on variance in terrain, including some lovingly crafted coastal areas along the edges of the map.

As you’ll see in the preview video below, the visuals for the Lost Island map are particularly well done. This particular tropical non-paradise is littered with relics from past conflicts, from the naval wreckage along the coastline, to an abandoned airfield and rusty hulls of downed planes.

The official website helps shed some additional light on the history of the Lost Island, and also provides players some further insights as to how one might approach navigating the map to take advantage of its natural and sometimes unnatural topography. As you’ll see in the map below, the island forms three distinctive routes between enemy bases. And no, there won’t be any creeps or towers to deal with along the way. 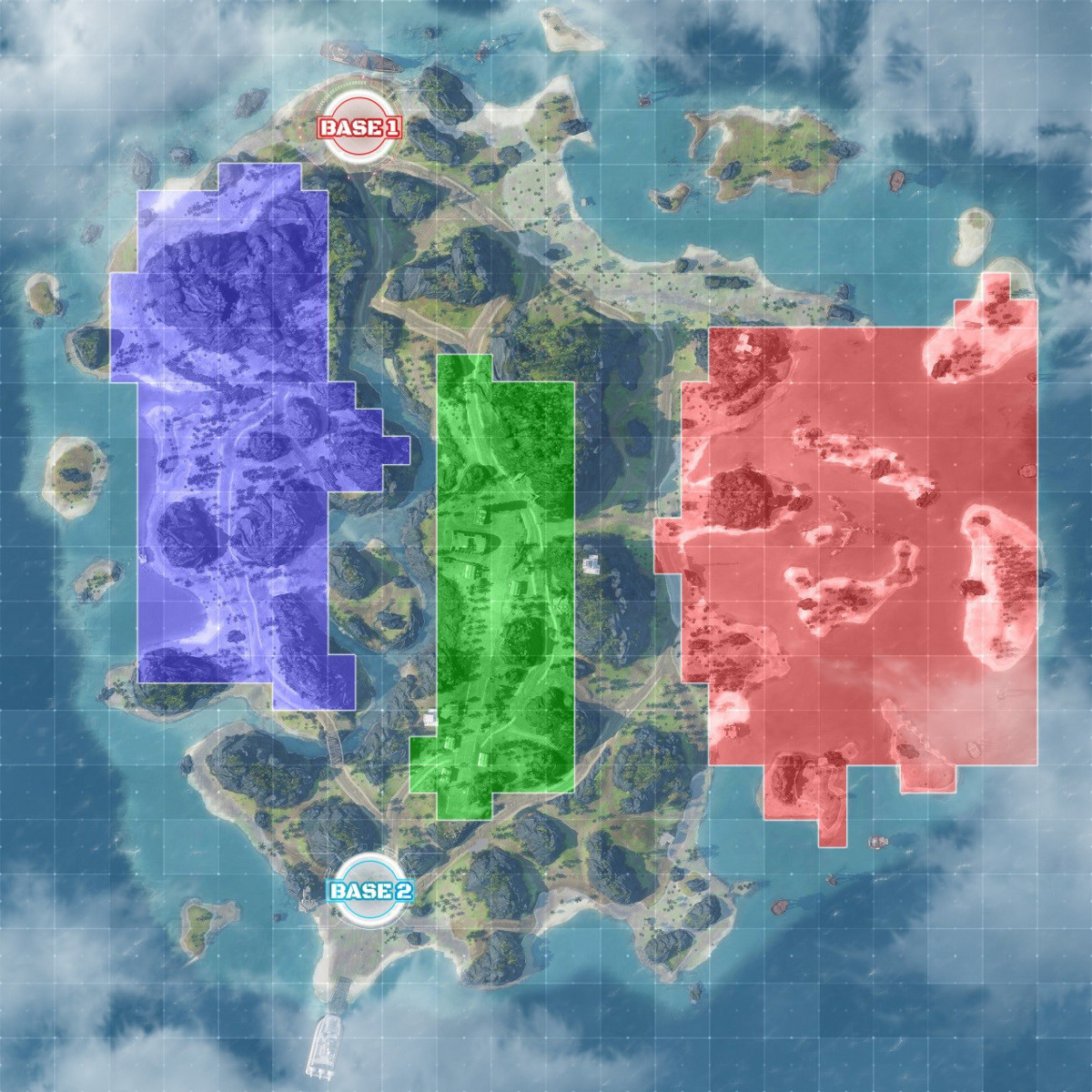 As the official overview of the Lost Island map explains:

The blue route is suitable for faster vehicles such as AFVs and light tanks. Open ground favors fast dashes in order to flank forces pinned in the central area, but it also offers tank destroyers the opportunity to knock out their targets at long distances.

The central green area is a small airstrip that fell into disrepair and now offers some cover – it is suitable for a heavy vehicle push – both north and south.

The red area in the east consists of several small islands, connected by shallow water approaches. Advancing vehicles have to carefully use the abundant cover to surprise their enemies with their attack.

For a closer look at the Lost Island map, be sure to check out the newly released video below, and you can also find more details on the official Armored Warfare website.