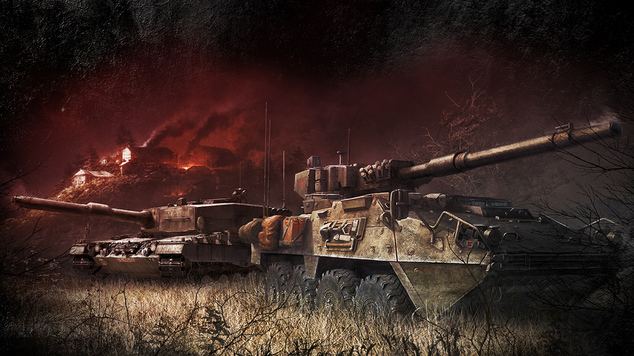 Armored Warfare Early Access Test Date Announced
Get ready to start your virtual tank engines folks. Next month Armored Warfare will be off to the races with it

When MMO gamers think of tanks, they usually picture some dude or lady wearing stupidly heavy armor and holding a shield in one hand, a sword in the other. Of if you’ve been a survivor of the World of Warcraft pop culture explosion era, you might even think of Felicia Day’s infamous music video…

Today we’re going to talk about a different kind of tank; the kind you’ll soon be able to bust s**t up with in Armored Warfare. The fine folks over at Obsidian Entertainment and My.com have just announced the first Early Access Test for Armored Warfare is set to kick off on May 27, wrapping up one week later on June 3.

Founder’s Packs have also been revealed and are available to purchase via the official Armored Warfare website. Similar to the Founder’s Packs for Skyforge, Armored Warfare packs come in three distinct flavors, with Guaranteed Early Access and Open Beta Head Start as perk awarded at all three tiers. The first tier clocks in at a slim $14.99 which is a major bargain compared to most founder’s programs these days (not counting the cheap-seat Kickstarter tiers for certain titles).

According to the official announcement:

“This is our first chance to show the game to a larger audience, and we invite everyone to join up and help shape what Armored Warfare becomes.” said Feargus Urquhart, Founder and CEO of Obsidian Entertainment. “We have been thrilled with the feedback we've been getting from our testers and the community at large, and now it's time to move to the next phase. We have spent countless hours of development time to craft what, we hope, will be the ultimate experience for tank and armored vehicle enthusiasts. With your help we can make that a reality. So, login and come join the fight with us in Armored Warfare!”

The first Early Access test will feature PvP battles across 4 maps with uniquely different climate zones and settings: from port area in desert sands to a snow-covered town. Players will be able to test 38 modern vehicles from 6 tiers covering all 5 types of vehicle classes in the game, including: main battle tanks, AFV’s, light tanks, tank destroyers and artillery.

Last, but certainly not least, a brand new trailer for Armored Warfare has also been released. Be sure to check it out in all its glory below, and then share your thoughts on the game down in ye olde comments section.