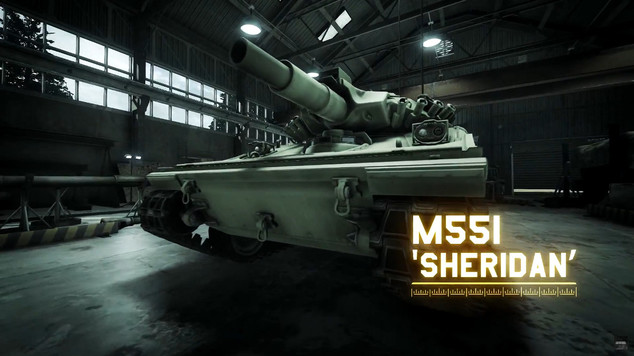 Check out this Kick-Ass Armored Warfare Gameplay Footage!
The folks at Obsidian Entertainment and My.com have unveiled some new gameplay footage for Armored Warfare, fea

Obsidian Entertainment is certainly busting a move so far in 2015. The studio recently unleash the classic-in-the-making Pillars of Eternity following a major groundswell of support via its successful Kickstarter campaign that raised nearly $4 million in funding. Obsidian is also working with Allods Team on the epic sci-fi / fantasy hybrid MMO Skyforge, but that’s not all!

One of our top gameplay sessions from E3 2014 was with Armored Warfare which landed our Best Multiplayer award from the event. Obsidian has been hard at work on the game over the course of the past year, and has unleashed some new gameplay footage featuring the famous Sheridan Tank.

What makes the Sheridan famous? For starters, it was in active military use for over 30 years, perhaps most notably during the Vietnam War.

In terms of how the M551 Sheridan Light Tank fits into the bigger Armored Warfare puzzle, it is a Tier 4 tank featuring “brutal closed-range firepower with excellent mobility”. As a light tank class, the Sheridan is optimal for zipping right into the thick of things to deal heavy damage to slower moving heavy tank units.

As you can see in the video above, the M551 Sheridan is pretty badass. The official website for Armored Warfare has a fairly expansive rundown on various aspects of this particular unit, including some in-game info as well as a historical snapshot of how the tank factored into military usage over the years.

Be sure to check out the full details over on the official Armored Warfare website: The M551 Sheridan Light Tank.