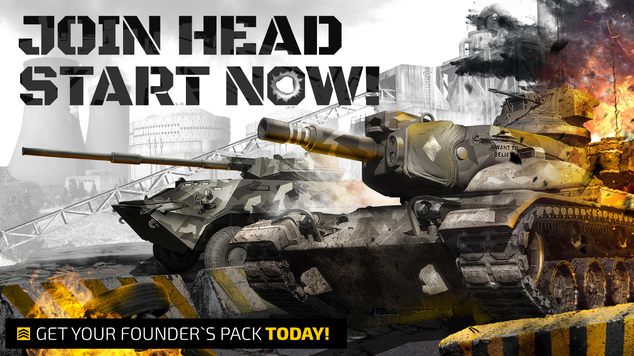 Head Start for Armored Warfare begins today at 6pm CEST (12pm ET for those of you in North America), allowing Founder’s Pack owners a chance to get in and play for a full week prior to the Open Beta. There will be no more wipes or progress resets from this point forward, so participants can safely begin their quest for world domination.

Along with the Head Start, the official website for Armored Warfare is also seeing some major updates. Info and guides aimed at getting players up to speed on the basics of the game can be found on the About page, including info on Game Features, Maps, Vehicles and more.

If you have been participating in the beta events up to this point, chances are you’ll already be familiar with many of the systems covered in the guides. For those of you who haven’t had the opportunity to play AW yet, or are planning on beginning your journey with Open Beta on October 8th, there are plenty of great guides worth checking out. There are some great guides for Armor and Penetration and Vehicle Classes as a couple of solid examples.

Along with the Head Start, a new trailer of the Reactor map has also been released. As with previous videos in the series, this one will give players some insights into the lore and conflicts mercenaries will participate in while playing Armored Warfare.

Additional information on Head Start and Open Beta can be found on the official website. Founder’s Packs are also still available for those of you interested in participating in the Head Start.