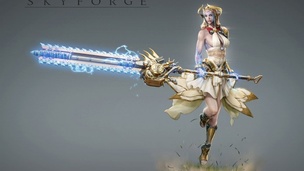 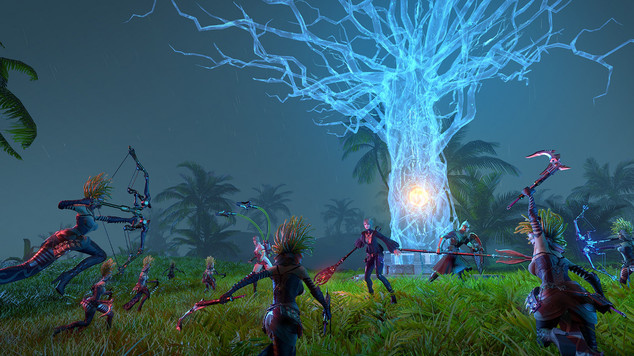 Skyforge Gets Even More Badass with Hostile Territories
Proving once again that high level MMO content can be more than just a mindless raid grind, Skyforge reveals a

Skyforge is already a pretty badass MMO experience. It enhances the fundamental concept of character progression systems in such a way that you focus primarily on the pursuit of power rather than specific pieces of gear. The class system is also quite liberating, and the combat beats just about any other action-based system out there in terms of more recent MMOs.

Of course, like all MMOs, there is the eternal question of how to keep players engaged once they’ve progressed beyond the basics and have begun bumping against the upper thresholds of power. The most common formula we’ve seen looks something like this:

The particulars of any given raid are obviously more complex, but at the end of the day they all follow that same basic pattern. Occasionally the “boss” may wander outside of its circle – Arthas in Wrath of the Lich King is a good example – but in most cases they fulfill the role of hidden puppet master pulling the strings of lesser creatures if their influence is felt elsewhere in the game at all *cough* Zhaitan *cough*.  While raids do exist in Skyforge, they are not the only high level content to be found in the game worth participating in.

Since entering Open Beta earlier this summer, Skyforge has introduced a number of major enhancements to the elder game experience, and has now revealed the next trick up its sleeves in the form of Hostile Territories. These new areas are an activity intended for a group of up to five players, with the enemies found within these regions getting progressively more difficult the further you venture in. From what we know of Hostile Territories so far, they seem to rank pretty darn high on the Pantera Scale.

Instead of rehashing how Hostile Territories work, below is an excerpt from the official post:

“Upon forming a group, or joining one after making the jump, players may begin their search for an available Resonator. On the Region’s map, a blue marker displays an available resonator while a red marker signifies that it’s currently occupied by another group. Successfully traversing to a resonator and activating it provides players with a task to kill specific enemies or have the option to slay a powerful boss for instant completion. Upon successfully defeating the opponents, the group will be presented with the option to cash out and receive the current rewards or continue, earning even higher rewards!”

While I will admit that I spend perhaps a bit too much of my time in Skyforge pursuing solo activities, I’m certainly eager to dive into Hostile Territories content to see how everything plays out. To give you an even better idea of what to expect, be sure to check out the preview video below.