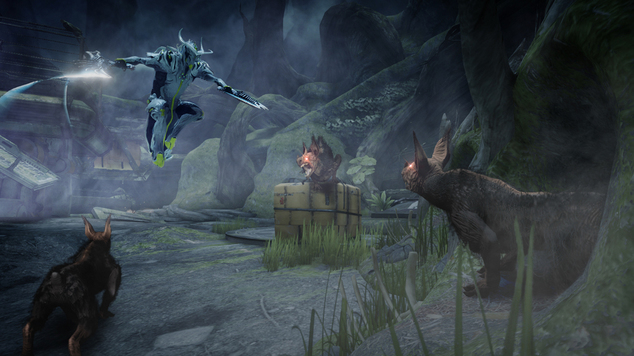 Warframe Den of Kubrow Bonus Weeks Kicks Off Today
On May 14th Warframe will kick off a new in-game celebration, Den of Kubrow. Read on for details on what Digita

Hot on the tails of the recently launched Tubemen of Regor operation, Warframe developer Digital Extremes announced its next in-game event, Den of Kubrow Bonus Weeks. Running two weeks from May 14 through May 26, this cross-platform event will provide Warframe players plenty of perks and activities involving their beloved kubrow space dog pets.

For those of you unfamiliar with what the heck a kubrow is, they are in-game combat pets that players can hatch from eggs and come in a number of types, each with a different combat focus. For example, my most recently acquired kubrow (shown below) is a Huras Kubrow. This particular breed has two specific associated mods that can alter how it functions in combat, Stalk and Hunt. Stalk can be particularly useful on missions requiring a stealthy approach, as it will provide a temp invisibility when enemies are near. 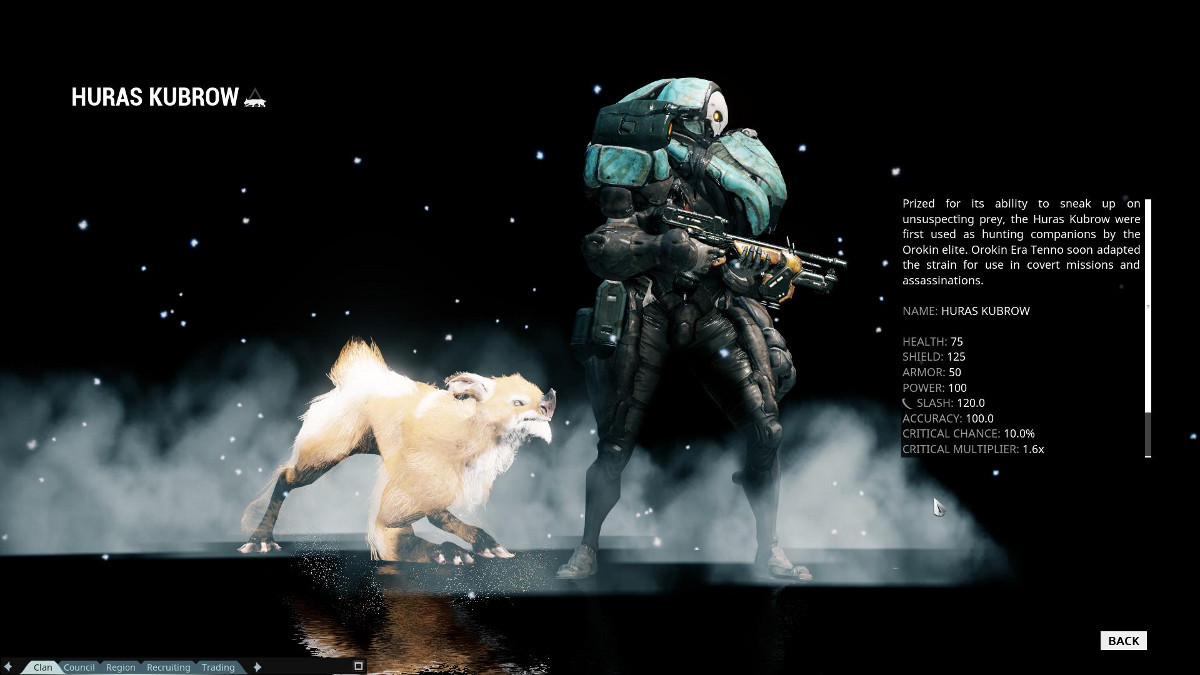 Upon logging in, players will receive in-game mail from Lotus that comes with a Kubrow Starter Kit attached. These are incredibly helpful, and will allow players to begin the process of incubating their own kubrow without having to go out and farm for an egg, and also come bundled with some additional and very useful items.

Each kit includes the following:

“Our spies report that a huge cache of Strun Wraith shotguns have been uncovered on Earth. The Grineer have tried to seize the guns but were pushed back by a vicious colony of feral kubrow.”

Along with the new Alert, Strun Wraith weapon, and Kubrow Starter Kit, Warframe players should also keep their eyes peeled for additional surprises over the next two weeks. The official announcement hints at a community event involving your kubrow, Double Resource, Affinity and Drop Chance days, and a lucrative Platinum sale and BOGO deals.

Be sure to visit the official Warframe website for additional information on Den of Kubrow Bonus Weeks, including the exact start and stop times for various components of the event. You can also check out the new trailer for the event below, and then we also recently provided our impressions of the currently running Tubemen of Regor operation.