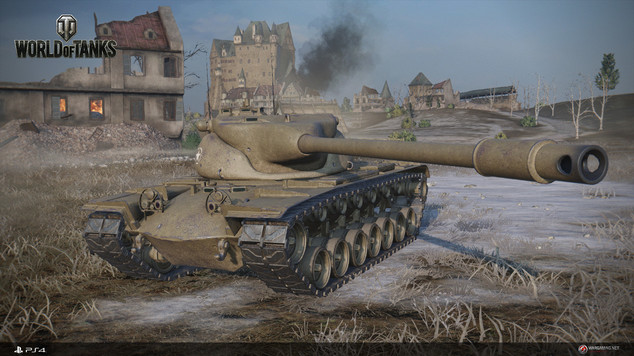 World of Tanks Coming to PlayStation 4
Hot of the presses from Tokyo Game Show, the team at Wargaming has announced that World of Tanks will be coming

Just when you thought World of Tanks had completed its quest for global domination, the massively successful PvP-centric MMO is set to roll out onto another major platform, the PlayStation 4. Similar to the Xbox One version of the game, World of Tanks on PS4 will include some special new features and exclusives specific to the platform, and will also remain entirely free to all users, so you won’t need to have a PlayStation Plus membership to play.

DUALSHOCK 4 functionality will naturally be factored into the experience, including light bar and controller speaker capabilities, as well as touchpad support. There will also be support for other PS4 features, including Share Play, PS Vita Remote Play, along with revamped controls designed to optimize the handheld experience.

Similar to the Xbox One release, the PS4 version of World of Tanks will be getting two exclusive new maps (for a limited time, of course).

As noted above, a PlayStation Plus membership won’t be required to play. However, for players who already have a Plus membership there will be some additional benefits including an exclusive camouflage, three days of Premium Account time, and special discounts on other purchases.

September is proving to be a pretty exciting month for Wargaming fans, as World of Warships is set to officially launch this week (tomorrow, in fact). Be on the lookout for our hands-on impressions from the launch later this week, and in the meantime you can test out your scouting skills by navigating your way over to the official PlayStation blog to learn more about the upcoming World of Tanks PS4 release.