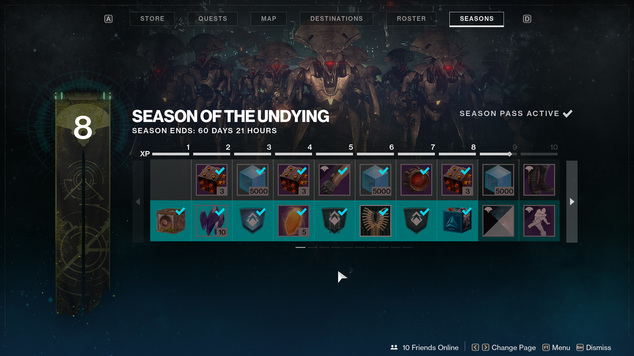 Destiny 2 Shadowkeep: How To Quickly Complete Your Season Pass
Not sure how to gain maximum amounts of XP if you don't have much time? Here's our best advice.

As someone who doesn't have huge amounts of time for Destiny 2 (or any game for that matter), when I can only login for one hour an evening, it's daunting seeing the Season Pass, the fact that it's time limited, and is filled to the brim with awesome stuff. I need all the stuff, but I'm not entirely convinced I can get it all, unless I get seriously organised.

Make no mistake, any Season Pass is a grind. The Season of the Undying however, does things a little differently that makes XP farming fairly forgiving. With 100 levels however, you're going to have to be organised and - ideally - hit at least 1.6 levels per day (from 10 October 2019) to stand any chance of making it to the end.

How To Quickly Complete Your Season Pass

Although it's not rocket science, it seems easy to overlook the simplest method of zipping through your season pass.

1. Complete every Campaign, but start with Shadowkeep (if you can). Campaign's aren't huge, but do provide heavy doses of easy XP all the way through. Whether you're playing through Shadowkeep, or Osiris, all available content that involves a story and its subsequent missions/quests will bump you quickly along your Season Pass. Only a few hours into Shadowkeep and you should be around level 10, helping you gain a significant leg up against the Season Pass timer. 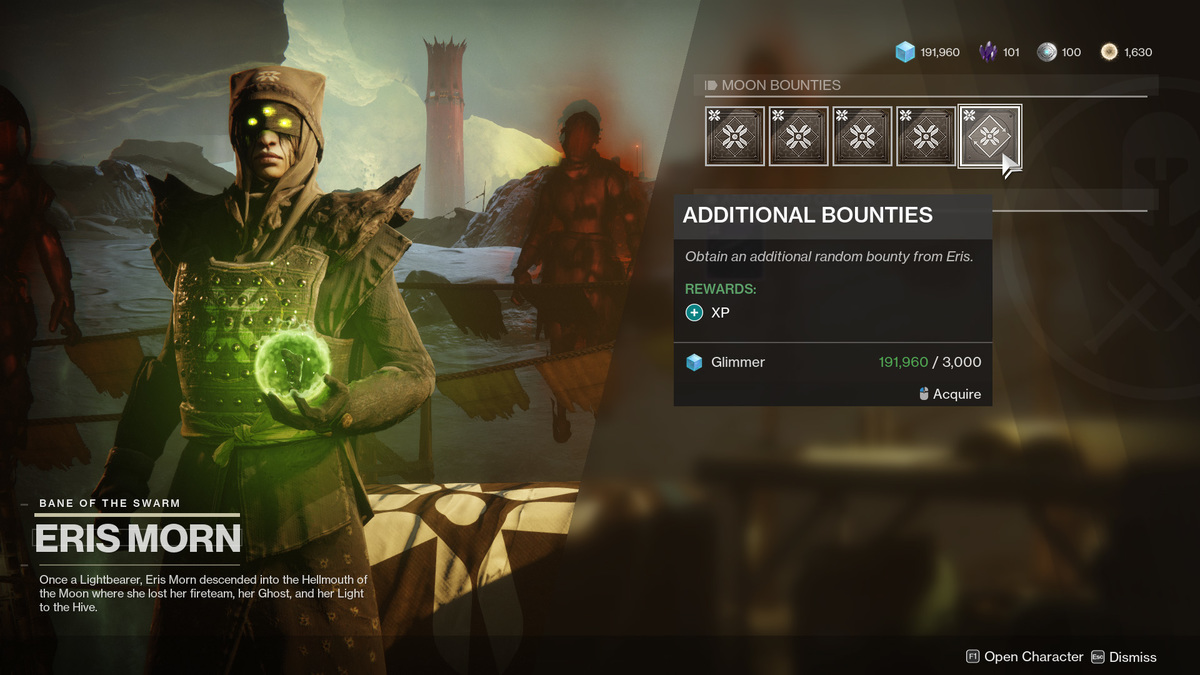 2. Utilize Bounties. All Bounties give brilliant XP, and you should get into the habit of doing them every time you login. Head to the Tower and grab all those from key NPC's, but prioritise the Moon. Eris (like most NPC's) offers repeatedable Bounties here, alongside standard Bounties. These repeatedable Bounties are quick and easy, and like their main counterparts, provide around 5,500 XP upon completion. Considering the enemies you need to kill along the way, each can often land you at least 10,000 per turn-in.

3. Participate in Moon events. If you've finished Shadowkeep, you'll have access to the Vex Offensive, as well as Haunt events. Participating in these will allow you to quickly rattle through Bounties, grab loot, and plenty of XP in the process.

4. Turn your Bounties in as part of a Fireteam. The Season Pass provides a bonus all the way along for extra XP in a Fireteam. Make use of it!

While the above isn't overly exciting, it is the quickest method and you only need around 1.6 levels per day to reach your target. Houndish has a brilliant little video below, going into similar methods.